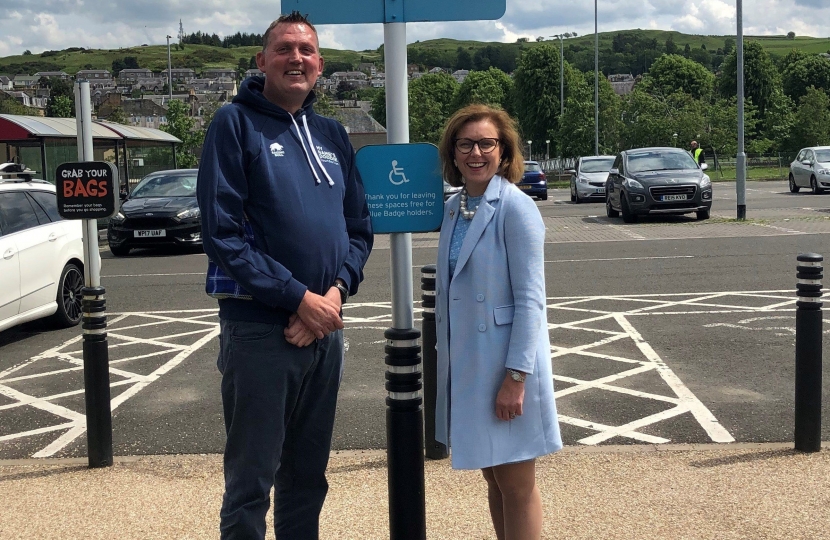 After launching my campaign with Doddie Weir OBE, calling on the Scottish Government to give people living MND automatic access to the Blue Badge scheme, we have seen great progress.

I want people living with MND to receive an automatic entitlement to a blue badge without having to go through a desk based assessment.

I took the initiative to launch the campaign after constituents living with MND highlighted difficulties in obtaining a Blue Badge.

Scotland’s blue badge scheme was extended in December 2017 to include carers and relatives of people with conditions such as dementia, autism and Down’s Syndrome, but not those living with MND.

It is estimated that around 230,000 people in Scotland hold a blue badge, allowing them to park on roads without charge and normally without time limit. Around 75% of blue badge holders say they would go out less often if they didn’t have one.

Given the nature of MND, people can suddenly require extra support at short notice, and the extension of the Blue Badge scheme would be one way in which a simple change could make a huge impact.

Since launching, the campaign has seen the Scottish Government commit to reviewing the criteria. With a successful pilot, it is giving people a chance to have more dignity and freedom.

I have since written to COSLA about ensuring all local authorities across Scotland sign up to the scheme allowing automatic entitlement to Blue Badges for people with MND, regardless of where they live.