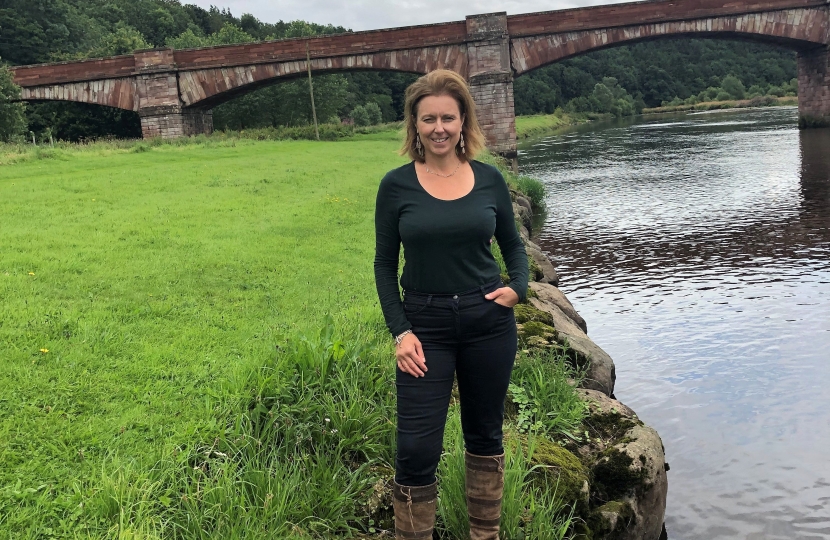 Scotland boasts some of the best fishing in Europe. The value of angling to the rural Scotland is significant. It supports around 2,800 jobs and contributes £100 million to the economy, with the bulk of the economic benefit being felt in remote and rural areas, that otherwise would not survive without the presence of angling, game shooting and field sports. The average expenditure of fishing tourists on trips in Scotland is around £5,000, with an estimated 80% of expenditure occurring locally within 12–15 miles of the river.

Unfortunately, over many years, we have seen the success of Scottish fishing take a knock.  We are all too aware of the issue of long-term decline in salmon stocks across Scottish rivers, and the grave consequences many areas right across Scotland are now facing.

That’s why I launched my #SaveOurSalmon campaign. Having already hosted a Member’s Debate on the decline of salmon stocks, I have called on the Scottish Government to rethink its abandoning of the Wild Fisheries Review and plan to host a roundtable in September, bringing all stakeholders together.

One way which we could address dwindling stocks is through effective catchment management.

The management of the water environment has fallen to Government, to private companies and to landowners, often operating in isolation and with conflicting objectives.  It is important we bring everyone together around the table.

One possible solution, which could see a collaborative approach, is through river catchment management. It requires all those with a vested interest coming together to form a board. The board would be an inclusive, civil society-led initiative that works in partnership with Government, Local Authorities, Water Companies, NGOs, academia, volunteers, anglers and businesses.

The board could then devise projects, funded by the Government, with a focus on environmental objectives such as creating new wildlife habitats, reducing flood risks, improving water quality, encouraging farmers to implement beneficial measures, mitigating the barriers to fish migration and adopting early intervention measures upstream.

There are examples of partnerships actively working in all river catchments across England and cross-border with Wales, there is no reason it cannot work in Scotland.

I hope that the Scottish Government will act in a timely manner to ensure our rivers do not enter perpetual decline, so that there are salmon stocks for generations to come.