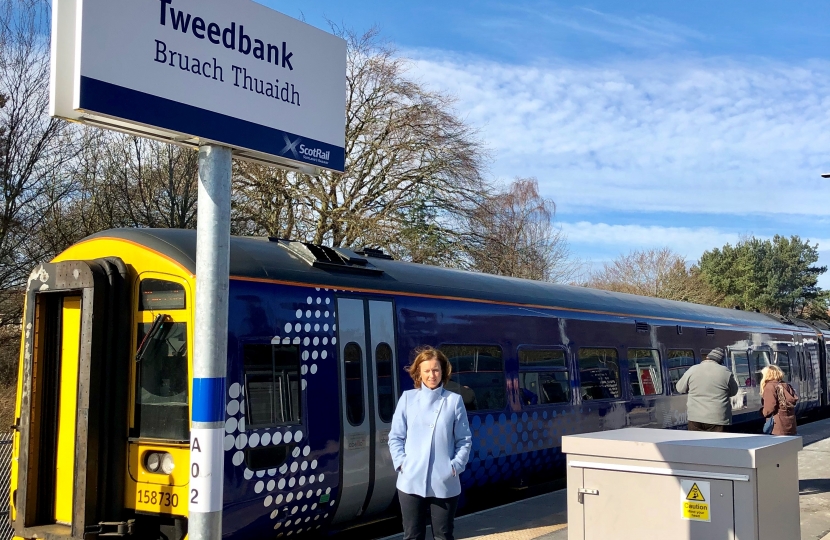 Rachael Hamilton MSP has demanded that ScotRail do not lose sight of improving the Borders Railway at the expense of other Central Belt lines.

In the Scottish Government’s latest Programme for Government it was promised that electrification would come to more lines across Scotland, however there was no mention to improvements on the Borders Railway.

Ironically that morning, two commuter trains from Tweedbank were cancelled, one due to a technical fault and the other due to a driver shortage causing misery and frustration for people trying to get to work on time, further highlighting the need for improvements to service.

Ms Hamilton has lodged numerous parliamentary questions in light of her meeting with ScotRail, demanding answers on electrification and rolling stock improvements.

It emerged in the meeting that ScotRail continues to refurbish 40-year-old carriages, and Ms Hamilton believes that its time new rolling stock were purchased to ensure modernisation and longevity and a fairness in rail passenger services across Scotland.

“I had a productive meeting with ScotRail but it was clear that we are a long way off from a fully functioning and punctual Borders line.

“Replacing old rolling stock is crucial to ensuring punctuality, but there’s a delay in the delivery of these refurbished and reconditioned units on the Borders line which had been promised to ease the misery of commuters.

“There are still problems which continue to plague the Borders Railway and these were meant to be solved by clearing the backlog of driver training.

“I have been reassured that a fresh intake of newly trained drivers will ease the driver shortage, but this won’t happen until the New Year”

“I, like many commuters, have yet to see a noticeable improvement on the line, and I hope that through parliamentary work, I shall be able to get to the bottom of what improvements are actually in the pipeline”.