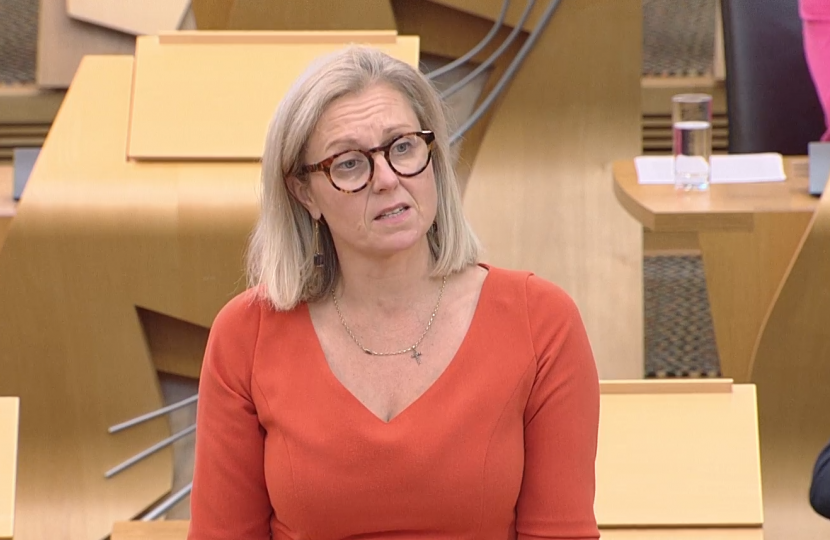 Borders MSP Rachael Hamilton pressed the Scottish Government for an update on plans to extend the Borders Railway to Carlisle.

Ms Hamilton continued to push the Cabinet Secretary for greater clarity on the issue, pointing out that Scottish Finance Secretary, Kate Forbes, had previously committed to prioritising work on a feasibility study:

“…I certainly want to see that work progressed as a matter of urgency and as quickly as possible.” Kate Forbes MSP, Cabinet Secretary for Finance and the Economy

Mr Matheson responded by saying the feasibility study would only begin once the strategic review was complete:

"…the study will be carried out after STPR2 has been completed” Michael Matheson MSP, Cabinet Secretary for Net Zero, Energy and Transport

With the STPR2 not set to be completed until the end of the year, it appears that the feasibility study is not being treated with the urgency claimed by the Finance Secretary.

Given the lack of attention given to the Borders in Scotland’s latest programme for government and in STPR2, it is important that concerns surrounding these projects are addressed in parliament.

“The Cabinet Secretary has done little to allay fears that the Borders Railway extension has been forgotten about by the Scottish Government.

“I will continue to push for answers on the topic. The extension has the potential to open up a wide range of opportunities to my constituency.

“The Scottish Government needs to take action on this. The Borders Railway extension forms a vital part of the borderlands growth deal that will ensure we are not be left behind as the rest of the UK levels up.