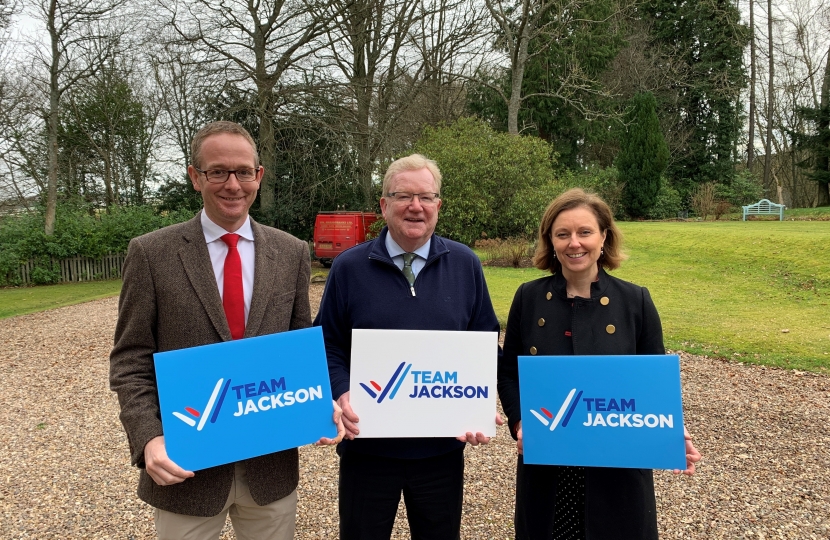 Rachael Hamilton MSP will be supporting Jackson Carlaw in the contest for the Scottish Conservative party leadership.

Mrs Hamilton has been made co-chair of the campaign which see Scottish Conservative members will cast their vote for the next leader.

The leadership contest was triggered when Ruth Davidson stood down in August last year to focus on her family life.

Mr Carlaw, the Member of the Scottish Parliament for Eastwood, was interim leader during Ruth Davidson’s maternity leave and demonstrated he is strong and determined figure, capable of taking on Nicola Sturgeon in TV debates and at First Minister’s Questions.

Last year, Mr Carlaw joined Mrs Hamilton in a tour of the Borders and met local farmers to discuss the rural economy and agriculture.

If elected leader, Jackson Carlaw will lead the Scottish Conservatives into the 2021 Holyrood Election.

“I am delighted to support Jackson Carlaw for Scottish Conservative leader and honoured to be selected as co-chair of his campaign.

“What we need is an experienced hand on the tiller. With his qualities as a passionate, experienced and driven politician, he is best placed to be leader.

“In little over a year, we will be fighting against an SNP Government which after 14 long years is failing on the domestic record. We, as Scottish Conservatives need to build a progressive and dynamic platform of policies, which challenge the SNP on their record, and I believe Jackson is the best person to do that.

“With Nicola Sturgeon already demanding another independence referendum, we need to present a platform in 2021 which is rock solid on the constitution, but goes beyond that and holds this failing SNP Government to account.

“He will continue to oppose any new independence referendum, as we all believe that Scotland is always better off when part of our strong United Kingdom”.