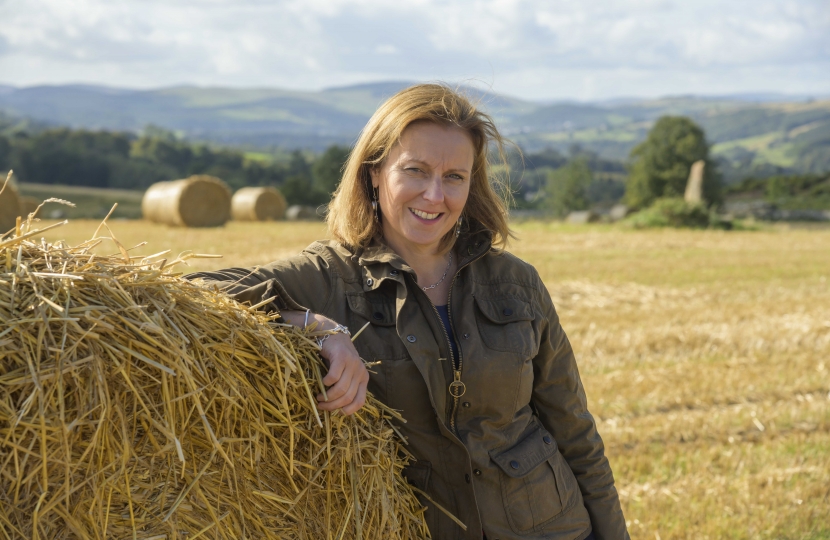 Scottish Conservative MPs secured a resolution to the historic convergence funding issue and the UK Government is providing an additional £160 million in support for Scottish farmers.

The National Farmers’ Union of Scotland set out clear proposals of how the new money should be spent, which Ms Hamilton believes is a positive step forward.

The NFUS want the £160 million to be treated as if it had been received as Pillar 1 funding from 2015 and distributed within Pillar 1 to fulfil existing policy decisions through Scotland’s existing direct support schemes.

A further £51 million will also be delivered after the Bew Review, which will take the total for Scottish farming up to £211 million, the largest tranche of new funding in recent decades.

“I hope that the SNP Government plough 100% off the convergence funding into farming, as farmers are due this money, and it should not be siphoned off into other Governmental budgets.

“Successful lobbying by my Conservative colleagues delivered the convergence funding which was due to Scottish farmers.

“NFU Scotland have set out detailed proposals which I believe are unequivocal and advise the SNP where exactly to direct funding, rather than the SNP thinking it knows best.

“There has been a clear and sustained commitment from the UK Government to Scottish farmers, and the latest funding is a massive boost to our farmers and the wider rural economy”.