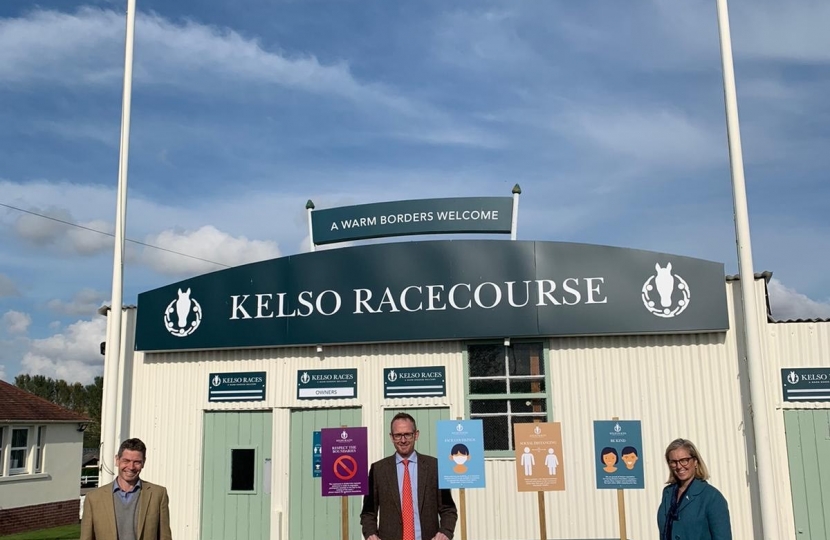 The Borders politicians believe the push for a second referendum is ‘distracting’ the SNP from tackling the pandemic in Scotland, following Ian Blackford MP’s claims that another Scottish Independence referendum should be held in the next year.

The SNP’s Westminster leader said to the Sunday National that the SNP would have a platform to hold another referendum “quickly” if they win in next May’s Scottish Parliament elections.

His comments reflect the First Minister’s plans for a new Referendum Bill to go through Holyrood.

In the SNP’s Programme for Government, presented to the Scottish Parliament in September, the First Minister announced that a draft Referendum Bill will be brought forward before May’s election. It will include "setting out the terms of a future referendum”.

Mr Lamont and Mrs Hamilton have urged Nicola Sturgeon to condemn Ian Blackford’s comments and halt any progress on the Referendum Bill whilst the pandemic is ongoing.

“With the SNP, it is independence first regardless of whether we are facing a global crisis.

“It is really pathetic that despite all the fiasco around care homes, the botched Test and Protect tracing system and thousands of jobs on the line, all they really care about is breaking up our country.

“This is an insult to all those people in Scotland who are living through exceptionally difficult times at the moment.

“The SNP need to get back to the day job, park the obsession of another referendum and get on with actually governing properly.

“I urge the SNP to pull the Referendum Bill and get on with planning ahead for winter and the potential additional stress on our NHS.

“It really is terrible that, in the midst of a pandemic that is posing significant challenges for our country, the SNP continue to push their narrow minded separatist agenda.

“Ian Blackford’s comments are ridiculous and show that he is more occupied about thinking of independence rather than putting his resources into finding ways to deal with the pandemic and the economic recovery plan.

“With the possibility we will have a vaccine by the end of the year, I know that many people are questioning why the SNP are focussing on separation when we need a vaccine roll out plan.

“Nicola Sturgeon must come clean and dismiss Ian Blackford’s comments, as we continue to face the challenges posed by Covid-19.

“The threat of another divisive referendum is the last thing anyone needs or wants right now. Scots want our two governments to work together during this crisis.”

Farmers are the solution to climate change