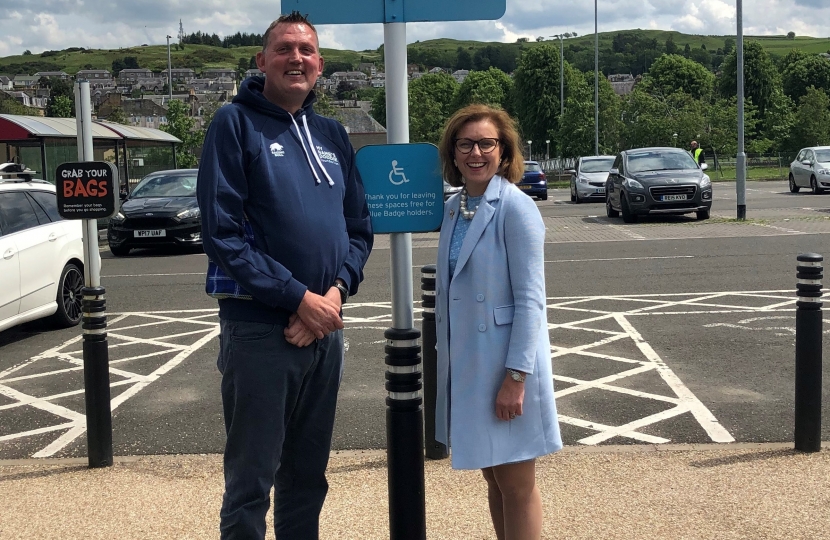 The Scottish Government will not implement new changes to allow automatic access for people with MND until the financial year 2020/21.

A successful joint campaign by Rachael Hamilton MSP and Doddie Weir OBE saw the Scottish Government change its stance on allowing automatic access for people living with MND to obtain a Blue Badge.

Waiting times and application difficulties can all act as barriers to people with MND obtaining a Blue Badge under the current circumstances. Waiting times associated with the processing of Blue Badge applications varies and currently it takes on average around 12 weeks.

In an answer to a parliamentary question, Paul Wheelhouse MSP stated that ‘we expect to publish a revised Code of Practice during the 2020-21 financial year’.

Rachael Hamilton MSP is disappointed by this delay and has written to Paul Wheelhouse MSP calling for the Scottish Government to bring the timetable for implementation forward.

“I was disappointed to learn that the SNP Government are dragging their heels on the changing of the Blue Badge criteria.

“People with MND cannot wait that long to get a badge. I want to see this simple change made sooner rather than later.

“I have written to the Minister, Paul Wheelhouse, to ask that he speaks to Government officials to have this rectified immediately”.