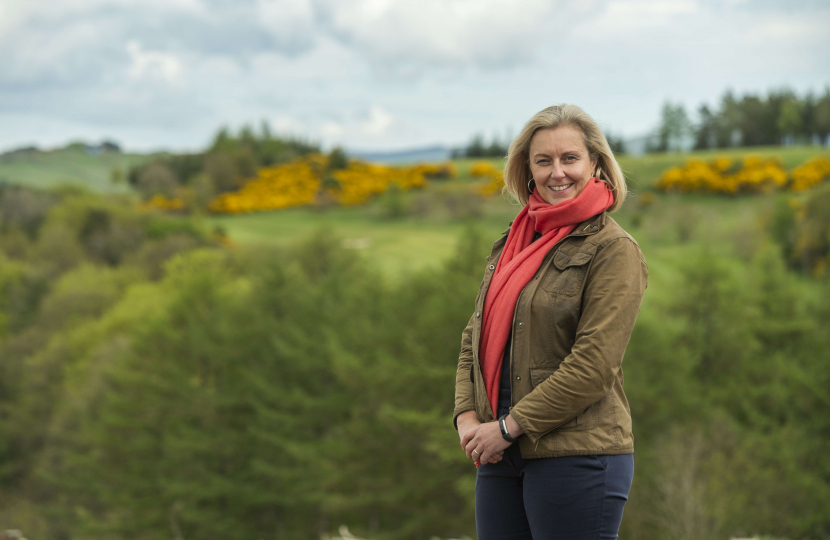 At First Minister Questions on Thursday (31st March), Mrs Hamilton asked the First Minister Nicola Sturgeon what action the Scottish Government were taking to support Borders’ farmers in light of the rising cost of fertilisers, as a result of the ongoing war in Ukraine.

Nicola Sturgeon said: ‘we continue to work with farmers to give them whatever support we can’ however failed to match the commitment from the UK Government.

The UK Conservative Government has announced steps to assist farmers with the availability of fertilisers for the coming growing season to help address uncertainty amongst growers and keep costs down for farmers.

UK Environment Secretary, George Eustice announced that changes to the use of urea fertiliser will be delayed by at least a year.

The delay has been made to help farmers manage their costs and give them more time to adapt in the light of a global rise in gas prices leading to pressures on the supply of ammonium nitrate fertilisers.

Mrs Hamilton has demanded that the Scottish Government deliver a comprehensive package for farmers to alleviate the pressures of rising costs.

“The First Minister failed to even acknowledge the difficulties facing farmers right now with rising costs.

“I am not remotely surprised by her answer, I don’t think she has been near a farm recently, nor does she engage with farmers regularly.

“What is clear though is the UK Conservative led Government recognises the issue and is actively providing solutions, such as assisting with the availability of fertiliser.

“I want the SNP Government to follow suit and provide additional support for Borders farmers.

“I am not holding my breath however, as I know they are too focussed on the priorities of the Central Belt and not rural areas such as the Scottish Borders”.

Scottish Conservative and Unionist MSP Rachael Hamilton has slammed the SNP after the worst-ever A&E waiting time figures were recorded.

Mrs Hamilton’s call comes after only 66.2% of patients were seen within four hours of arriving at A&E in Scotland.