MSP welcomes reopening of A68 after landslip 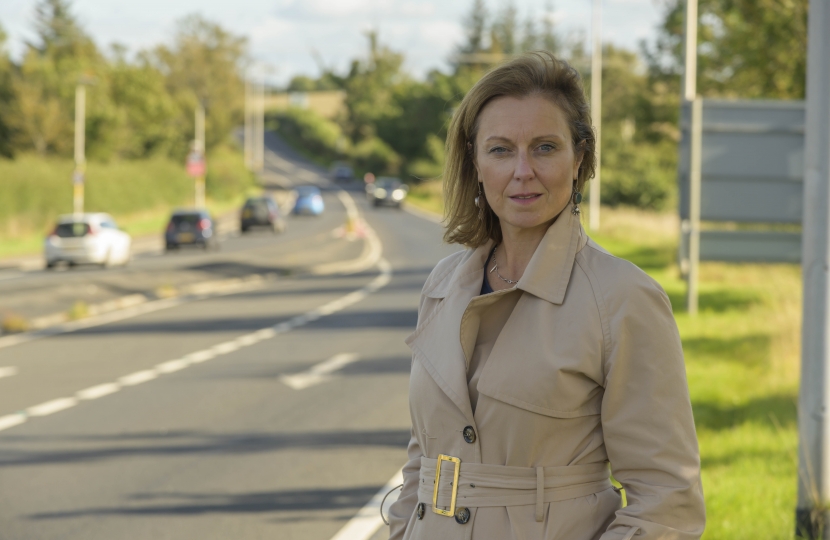 Rachael Hamilton MSP has welcomed the news that the A68 at Fala will reopen following a significant landslip which saw the road collapse.

The A68 is expected to reopen early next week, following BEAR Scotland’s repairs to the road which fell foul to a landslip caused by torrential rain on 12th August.

The embankment has now been built back up close to road level and phase three of the repairs has begun, in which the road itself and associated infrastructure such as drainage, kerbing and the roadside safety barrier will be constructed.

Progress to date includes clearing and stabilising the site, securing 5,000 tonnes of stone to rebuild the embankment.

The route will reopen and this will allow traffic to resume journeys on the Edinburgh to Jedburgh trunk road.

Mrs Hamilton raised the issue with the Cabinet Secretary for the Environment in Holyrood, and called for the Scottish Government to conduct a full scale assessment of infrastructure that may be affected by landslips and subsidence.

“I am glad that swift action has been taken to ensure that the route can open to traffic, as the main arterial route is a vital link for Borders businesses.

“The diversion was causing problems for businesses and I raised this issue in Holyrood.

“I called on the SNP Government to ensure that all routes, whether the Rest and Be Thankful on the west coast to Fala, are properly looked at to ensure they safe in the event of landslips.