Over 1000 Borders pupils to receive vital CPR training each year 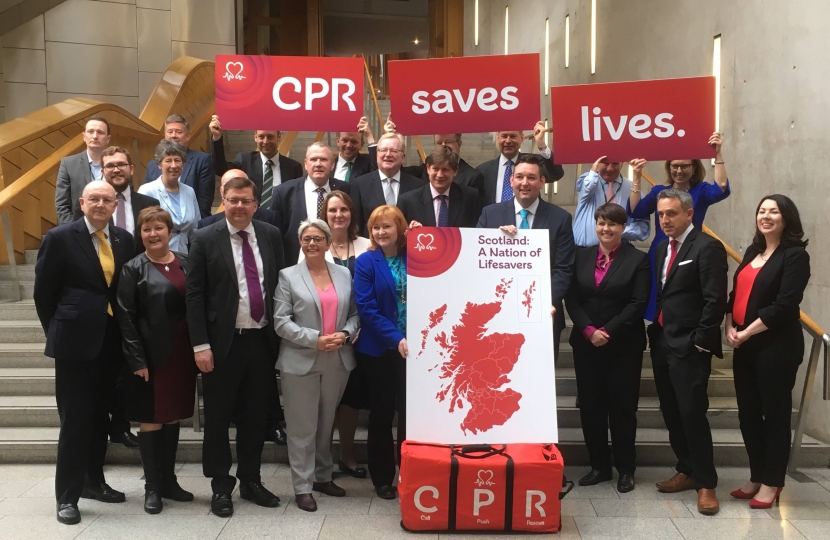 Around 6,420 youngsters in the Borders are set to be taught CPR in the classroom before they leave school, with over 1,070 pupils being taught every year [based on the average number of secondary pupils in one set school year (S1 / S2 / S3 etc],  thanks to a national campaign by British Heart Foundation (BHF) Scotland.

MSPs this week debated the commitment of every local authority in Scotland to training all secondary school pupils in CPR skills.

The Nation of Lifesavers campaign aims to ensure every pupil is trained in the vital skills before they leave secondary school and has been praised by international experts and medical professionals, who believe it could save thousands of additional lives.

BHF Scotland launched the campaign in 2018, urging local councils to work with them to provide the training.

Across Scotland every year there are 3,500 out-of-hospital cardiac arrests and for every 60 seconds without CPR, the chances of survival drop by up to ten per cent.

The campaign could have a significant impact on Scotland’s poor survival rate from out-of-hospital cardiac arrests, where currently only 1 in 12 people survive.

In Denmark, which legislated for all secondary pupils to learn CPR, survival rates for out-of-hospital cardiac arrests have tripled in recent years.

“The debate held this week was a great opportunity to thank and congratulate the British Heart Foundation Scotland on their successful campaign, which has also recently been shortlisted as a finalist in the 2019 Scottish Charity Awards.

“It is thanks to the commitment from Scottish Borders Council that over 1000 young people across the region will now be well equipped to step in and perform potentially lifesaving CPR, with the knowledge and skills to keep themselves and other people safe.

“We should all be rightly proud that Scotland can and will become a Nation of Lifesavers, it will transform survival rates across the country”.