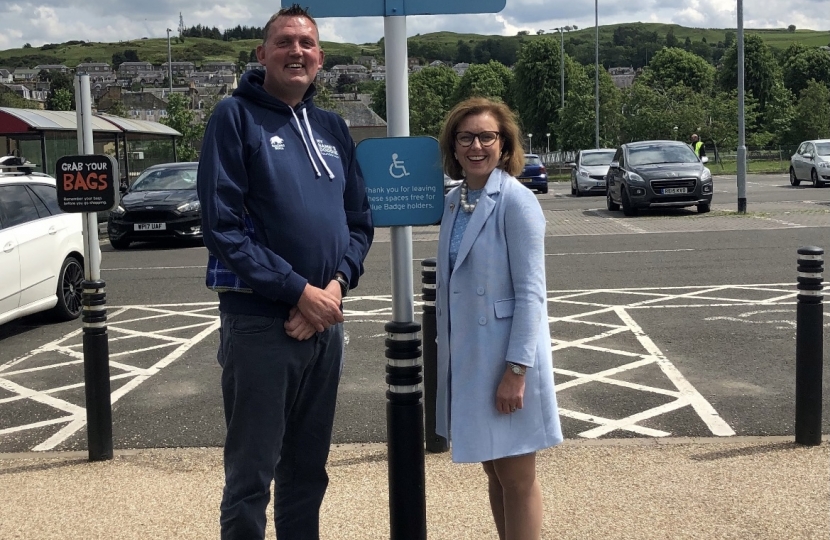 Borders MSP Rachael Hamilton has praised the work of charities and campaigners, including the My Name’5 Doddie Foundation and local MP John Lamont, for their part in securing £50m of funding to help find a cure for Motor Neurone Disease (MND).

The UK Government funding will be used for projects in which researchers will aim to better understand the disease, which affects around 5000 people in the UK.

The investment is part of a wider funding package of £375m to fund projects aimed at tackling a range of neurodegenerative disorders.

The funding will contribute towards a new National Institute for Health Research (NIHR) unit for MND, which will encourage more innovative studies into the disease with the ultimate goal of finding a cure.

Ms Hamilton has been involved in the work of the My Name’5 Doddie Foundation throughout her time in Parliament.

She has also campaigned in the Scottish Parliament for people with MND to access blue badge permits more easily. Her campaign led to a Scottish Government review of criteria, and a successful pilot scheme has, since, been launched.

“I am incredibly pleased to hear that the UK Government is stepping up its fight against this terrible disease.

"The tireless work of Doddie Weir and the many others involved in securing the £50 million of funding for MND research should be celebrated.

“Having spent time raising awareness for this condition in the Scottish Parliament, the funding announcement is fantastic news.

“Alongside everyone involved in campaigning for the funding, I sincerely hope that this can be a turning point in our efforts to find new treatments and eventually cure MND.”