Rachael Hamilton highlights the importance of our armed forces 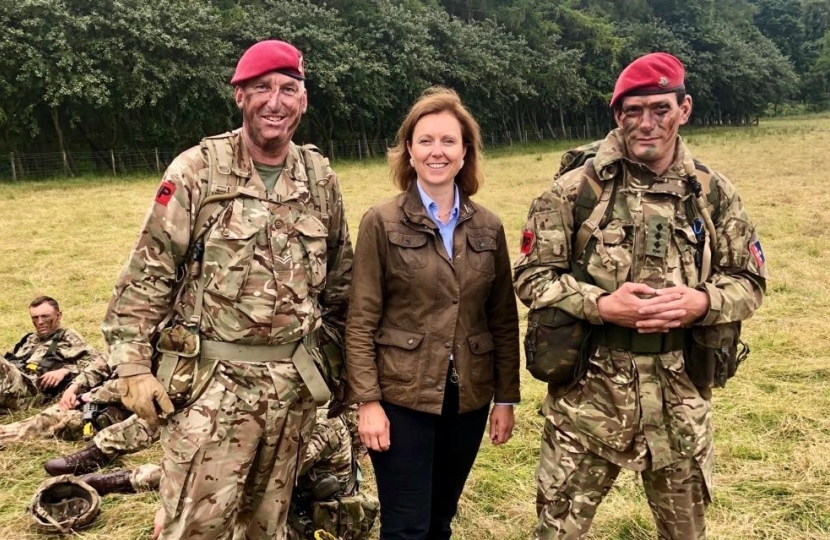 The day had a Reservist theme and MSPs met with the Army Training Unit and The Scottish and North Irish Yeomanry (SNIY) where they were shown how reservists at Redford are trained, the skills they acquire and how these are transferable and valuable for an employer.

The visit highlighted the many benefits of joining the Armed Forces Reserves, such as the various travel opportunities worldwide, upskilling and the potential to gain qualifications as well as improving your fitness.

The day was one of many educational days to inform MSPs, with other days running at RAF Lossiemouth and HMND Clyde.

Ms Hamilton took the opportunity to highlight the importance of Britain’s Armed Forces, as well as the significant opportunities that joining the reserves can bring.

“Visiting Redford Barracks and meeting with members of the Army Training Unit was a fascinating and rewarding day.

“They play a vital role in training reservists, and were great ambassadors to the British Army.

“Joining the Army Reserve not only trains you to be physically fit, but also develops skills and offers people the chance to see around the world.

“The various skills acquired in the Army Reserve, such a teamwork, are very versatile and are highly sought-after by employers.

“We owe a great debt of gratitude to our armed forces, and we must continue to highlight the important work they carry out in some of the most dangerous places, in order to keep us safe”.

Lieutenant Colonel Gordon Mackenzie, Chief of Engagement for the Army in Scotland said:

“It’s great to have the opportunity to bring in MSPs and other opinion-formers so they can gain an understanding of how we develop our people and contribute to society as we deliver of contribution to defence of the UK.

“The Reserves are a key component, and as Reservists get paid to develop skills which also benefit their civilian employers, it’s a win-win situation.”