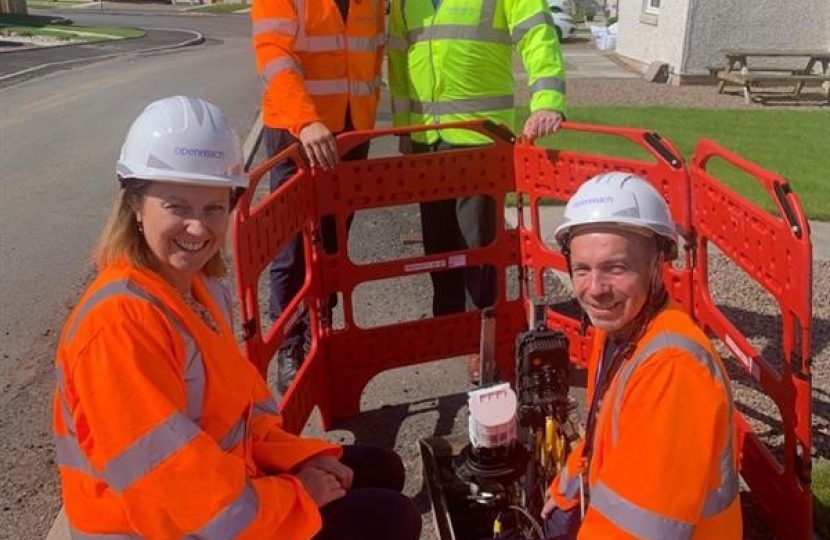 Rachael Hamilton MSP has expressed concern about the timescale of fibre broadband rollout in the Borders following a statement from the Scottish Government announcing delays to the R100 programme.

The Ministerial Statement announced that fibre rollout would only reach half of premises in the South region (12,000) by the end of 2021, despite the previous commitment for 100% of premises to have this completed by the end of the same year.

The date for full rollout has now been pushed back to 2023, with a voucher scheme being launched to assist those who cannot access superfast broadband in the meantime. The Minister Paul Wheelhouse MSP has not outlined the nature of the voucher scheme, nor how it will be implemented.

Mrs Hamilton believes that the Scottish Government have dragged their heels on broadband rollout, which has left many in the Borders without the means to access the minimum standards of broadband speeds.

“I am not surprised the rollout of fibre broadband has been delayed, as time and again the SNP make big promises but always fail to deliver on them.

“The Borders always misses out when it comes to accessing reliable broadband speeds and just because we are a rural area, shouldn't mean we are left behind.

“A voucher scheme to help those who cannot access fibre broadband in the meantime will no doubt be an administrative and bureaucratic process, causing more delays.

“This will be the year the SNP’s diabolical record will come to roost.

“When it comes to the SNP and broadband, they blame Westminster for all their faults, yet they have been in charge of the projects for years now”.