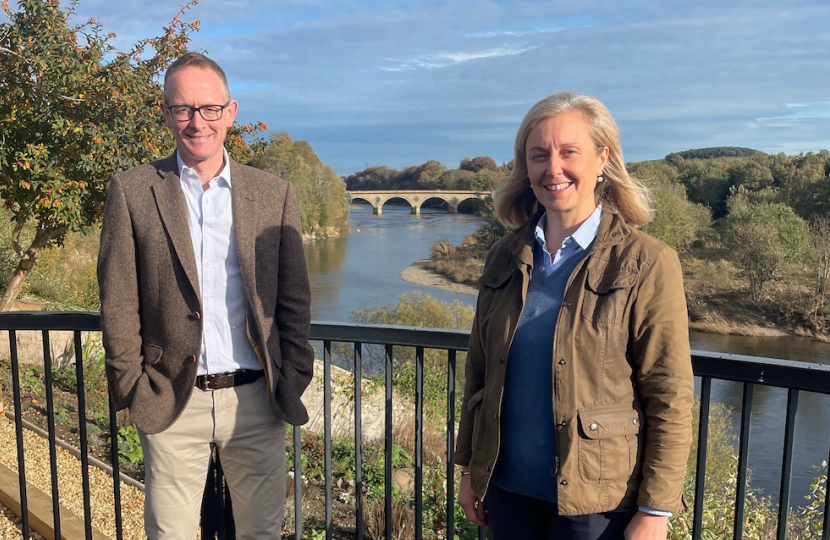 Rachael Hamilton MSP and John Lamont MP have criticised the Scottish Government’s 2022-23 budget, saying it ‘falls short’ of what is required to help Scotland deal with the ongoing pandemic.

•          Barnett consequentials from the UK Government for local government to be passed on in full.

•          A business tax cut for the leisure, hospitality, tourism and newspaper industries of 75 per cent rates relief for the whole year.

The parliamentarians said there was no mention of the Scottish Borders in the Budget, other than a previously announced commitment around electrifying the Borders Railway.

The potential extension of the line through Hawick and onto Carlisle was not featured.

There is also a real terms cut in core funding for local councils, meaning that many town halls will have to consider council tax increases.

The Scottish Tourism Alliance, which represents a key Borders industry, has said that ‘many businesses are already expressing disappointment and shock that the future relief doesn’t match what has been announced by the UK Government.’

Both Mrs Hamilton and Mr Lamont have said the increase in the NHS Borders’s budget ‘scratches the surface’ when tackling A&E waiting times, cancer waiting times and the backlog of cancelled operations.

In Holyrood, Mrs Hamilton raised the issue of cuts to the Scottish Government’s Agricultural Transformation Fund of £20 million, which is intended to drive efficiencies and reduce emissions in farming.

“The SNP’s Budget fails to address the issues brought about the pandemic, and ignores the Borders entirely.

"It is a rehash of old ideas from a tired government that is increasingly out of touch with the needs our region.

“There was no commitment to upgrade vital Borders’ routes, or funding for the extension to the Borders Railway down to Carlisle.

“Funding to our NHS board has increased slightly, but it falls massively short of the resource needed to help our hardworking NHS Borders staff as they work to clear a backlog of treatments, cancelled operations and reduce the pressure on A&E.

“The SNP have slashed the Agricultural Transformation Fund from £40 million to £25 million, which would have provided more opportunities to Borders’ farmers to drive efficiencies and increase farm productivity.

“It is a budget which focuses on the Central Belt and ignores rural areas such as the Borders”.

“Today’s budget announcement once again confirms that this SNP-Green Government will prioritise their obsession with another independence referendum over everything else, including our NHS, education and the economic recovery after the pandemic. The Scottish Borders didn’t even get a mention in the Budget.

“Once again, the Scottish Government has ignored people here in the Scottish Borders. There was no mention of extending the Borders Railway to Hawick and Newcastleton or additional support for our incredible NHS Borders staff. And nothing about upgrading our road infrastructure and dualling the A1 in Berwickshire. It feels like we have been completely forgotten about.

“With a £3.5 billion increase in Scotland’s block grant funding from the UK Government, this budget announcement has tried to pin the blame for the SNP’s failures in government on Westminster. I know that many people will find this astonishing.

“Serious questions still remain about the Scottish Government’s ability to maintain any level of fiscal responsibility. Today’s announcement does nothing to address Scotland’s glaring budget deficit.”